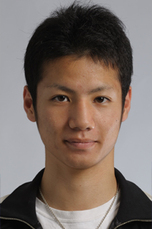 Courtesy of Ohashi Gym
In recent years Japanese boxing has been on a real roll with champions popping up through out the lower divisions. In fact right now Japan has numerous world champions with the likes of Takashi Miura, Akira Yaegashi and Katsunari Takayama being amongst the most recent additions at the top of the tree. It's fair to admit that Japanese boxing is on a genuine high and one that fans may be expecting to see continue for the next decade or so thanks to the excellent pedigree of their youngsters.

Amongst young Japanese fighters who are expected to help continue the brilliant run the country is on at the moment is 19 year old Bantamweight Ryo Matsumoto (17-0, 13) who despite his baby faced looks is tipped for major success in the world of professional boxing.

Part of the reason why Matsumoto is expected to be such a star is based on his incredible amateur record which saw his accumulating a record of 53-3 (39) in the unpaid rankings. He may never have fought in major international competitions but the Japanese High School tournaments are generally regarded as being amongst the hardest in the world for youngsters coming through.

Another reason why the Yokohama born Matsumoto is tipped for success lies in the fact that he is part of the excellent Ohashi Gym run by former 2-time world champion Hideyuki Ohashi. The gym is currently one of the best in Japan and has been excellent recently with champions such as Akira Yaegashi (current IBF Light Flyweight champion), Naoya Inoue (current WBO Super Flyweight champion) and Ayaka Miyao (former WBA Female Atomweight champion) and his stable is expected to bring through several more champions in he coming years.