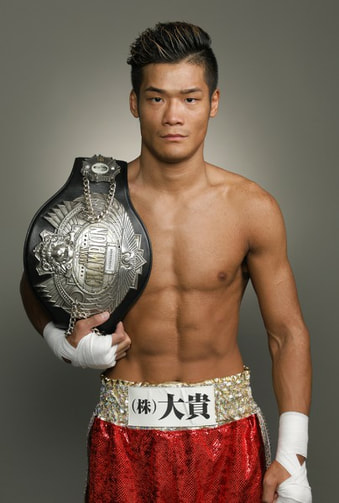 The Watanabe gym is currently flourishing, with a number of really exciting prospects breaking through the ranks, as well as several world class fighters. Among the many hopefuls looking to move from domestic level to world class is Japanese Featherweight champion Taiki Minamoto (16-5, 13), an exciting, flawed and heavy-handed boxer-puncher who had a fantastic 2018.

Born in Oita, though now based in Tokyo, Minamoto would take up boxing following his brother and would head over to Tokyo when he was a teenager with the intention of further his boxing career.

It's hard to find any details about Minamoto's amateur background, and there is no record at all on any usual source that contains any information about his boxing days before his professional debut. That may mean that he never actually fought as an amateur, or that he only had a very short and limited amateur background, that wasn't ever worthy of noting. Despite the lack of amateur career Minamoto would make his debut not long after his 20th birthday.

Minamoto was a natural power puncher. His first two opponents both failed to last a minute, and it wasn't until he went up against the then 5-0 Taichiro Arizuka, that he was taken the distance for the first time, with Minamoto taking a decision over Arizuka. Whilst he could punch it was quickly found out that he wasn't the sturdiest of fighters, and he was stopped in his 5th bout by Yuki Iwasaki, who stopped him in the opening round.