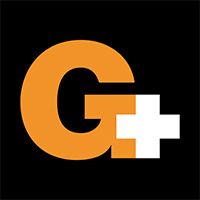 When it comes boxing in Japan there are a number of TV companies covering the sport on a free to air basis. These include the likes of Fuji TV and TBS. There is also however a major paid TV channel that covers boxing in Japan, with regular live shows as well as numerous archive shows. That is NTV G+, which we refer to as just G+ for simplicity purposes.

G+ is a sister channel of NTV and is one of the most significant sports channels in Japan. It shows a variety of sports, mixing live content with tape delay and archive shows. They show baseball, NFL and Motorsport along with professional wrestling and boxing.

What boxing do they show?
The boxing they show on a regular basis are Dynamic Glove cards. Typically they show 1 of these live every month, on the first Saturday of the month, though it's not massively rigid and their is some variation on that rule.

The Dynamic Glove cards are typically domestic shows, headlined by a fighter on the verge of a world title fight, a Japanese title fight or an OPBF title fight, though can also be headlined by world title bouts at times. These shows are typically shown in full and feature the main event as well as prospects and fighters rising through the domestic ranks. The shows have a reputation for have an exciting opening bout and a notable main event, with the body of the card often combining either competitive match ups, or show cases, though we do G+ regularly putting in some form of quality assurance. In regards to the competitiveness the live cards match up pretty well with anything in the world, even if the shows haven't got the biggest names on them.

In the past G+ also show the under-card for NTV televised world title bouts, though this hasn't actually happened since Shinsuke Yamanaka retired.

As well as their live shows the channel shows some tape delay broadcast of some Dynamic Glove shows, some archive footage, with some legendary fighters being shown on these archive broadcasts.

For international fans the channel was once the holy grail, as it was almost impossible to find good streams for, however in recent years things have become easier as more reliable streaming services have become available.

Who works with the channel?
Typically shows on G+, other than the Rookie of the Year ones, are Teiken promoted cards and are headlined by Teiken fighters. There are exceptions to that rule, but most live shows are Teiken affiliated shows.

Who can we see on this channel?
​Usually we see rising names of the Japanese scene here. In recent years fighters like Shinsuke Yamanaka, Ryosuke Iwasa and Masayuki Ito cut their teeth on G+ shows.