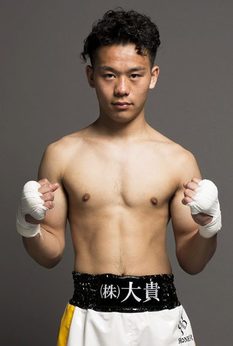 The Watanabe Gym may not have the long list of world champions that Teiken and Kyoei have had, but they seem like they are intent on changing that in the coming years. A key part to their future success has been to sign young Japanese amateur standouts fighters, such as Hiroto Kyoguchi, who are able to be developed quickly into world champions and future stars.

Among their recent acquisitions is 22 year old pressure fighter Seiya Tsutsumi (4-0, 3), who looks set to be one of the biggest stars at the gym, and a future champion. Not only that but he looks set to achieve great things whilst giving fans amazing value for money and none stop entertainment with a style that will quickly win over fans.

The youngster, originally from Kumamoto like fellow stablemate Ginjiro Shigeoka, was a well established amateur success before turning professional at the start of 2018. In the unpaid ranks he had ran up an exceptional 84-17 (40) record and been a key part of the Heisei International University boxing team when he studied there. His amateur skills and experience made him, along with Shu Utsuki, big signings for Watanabe back in early 2018.

​Having earned his B class license in February he made his professional debut in March, and needed just 91 seconds to defeat Thai visitor Alongkon Kaisi. The bout, on the under-card of Yusaku Kuga's Japanese Super Bantamweight title defense against Ryo Kosaka, went on to be shown on TBS as part of a "Guts Fighting". Although not a punch perfect performance it was a dominating one from Tsutsumi who applied intelligent pressure before breaking down the Thai with some brutal body shots.