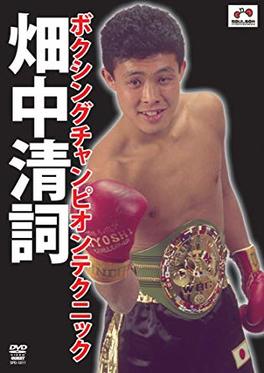 At the moment there are a number of Japanese promoters who used to be fighters, such as Hideyuki Ohashi and Yoko Gushiken, who have both had notable successes come out of their respective gyms. Another who had transitioned from in-ring star to promotional success is former WBC Super Bantamweight champion Kiyoshi Hatanaka (22-2-1, 15) [畑中 清詞], who is generating a lot of buzz from his promotional work at the Hatanaka gym.

Hatanaka was born on March 7th 1967 and had a relatively short amateur career, stating that he wanted to box to earn money rather than go to the Olympics. Despite not being an amateur for long he did run up an impressive 26-5 (21) record in the unpaid ranks. As a result of viewing boxing as something to make money from he made his professional debut at the age of 17, and it should probably be no surprise that his career as a professional was a rather short one, despite fighting 25 times.

On his debut Hatanaka scored an opening round win over Harelya Yamauchi, it began a run of 5 straight opening round victories for the teenager in just over 8 months as he set off like a rocket. Whilst his opponents during that 5 fight run weren't great it was still impressive to see him have such a great start to professional boxing, showing power immediately, despite being such a young fighter.

Hatanaka's stoppage run would come to an end on October 8th 1985 with Takuji Hijiri managing to last 4 rounds with Hatanaka, though Hatanaka did pick up the decision win. He would be forced to go 6 rounds just a month later as he took a decision win over Akio Kawamata, who had entered the bout 6-0.

The win over Kawamata lead Hatanaka to his first major success, as he then took on Hiromitsu Tatsuki in a bout to be crowned the All Japan Super Flyweight Rookie of the Year. Tatsuki, like 5 others before him, failed to last a round with Hatanaka, who was crowned with the Rookie of the Year crown at the same finals as Naota Takahashi who won the Bantamweight crown.

As with so many fighters in Japan the Rookie of the Year title helped boost his career and prove his value as a prospect. He had impressed with his power, his stamina and his toughness. He was however lacking in terms of real notable wins. Given his Rookie status that was no surprise but something he clearly wanted to change. His team, at the Matsuda gym, seemed to feel he needed a little more seasoning before fighting for a title and he got that seasoning quickly. He would go 8 rounds for the first time just 2 months after being crowned the Rookie of the Year, as he defeated Takashi Hirata. 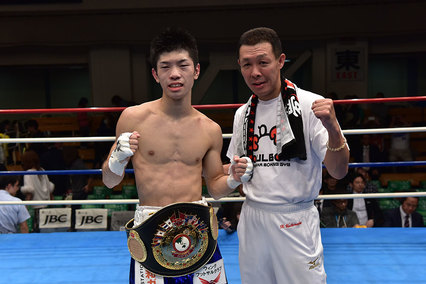 Sadly Hatanaka's reign as a world champion was a short one, losing belt 4 months later in an all action war with Daniel Zaragoza. The Japanese warrior would be cut early from a headclash, but wouldn't be discouraged as the two fighters set an extreme pace, with some huge shots being landed by both in one of the greatest fighters ever fought on Asian soil. It was gruelling, intense and bloody war that somehow went 12 rounds, that was despite Hatanaka having badly blurred vision through a portion of the fight. Sadly for Hatanaka he would lose the bout by split decision, ending his reign in what would be his final bout.

There was plans for a rematch with Zaragoza, but Hatanaka had suffered an injury to his eye during the bout that went on to force his retirement, with paralysis in his eye.

Following his retirement Hatanaka has done commentary work and now runs his own gym, the Hatanaka Gym. The gym has several notable fighters, the diamond among them is Kosei Tanaka, whilst Hatanaka's son “Prince” Kento Hatanaka is another of the gym's rising youngsters, and looks to be on a similar fast track to the top that Kiyoshi was.

As well Kosei Tanaka and Kento Hatanaka the gym also has Japanese ranked contender Yushi Tanaka and was previously the promoter of Shota Hayashi, prior to his retirement, having guided the talented Hayashi to the Japanese Featherweight title. The gym, in Nagaoya, has pushed a lot for getting the youth of the area boxing and it seems like Mr Hatanaka is very much a fighter preaches what he practised, and he really was one of the first standout fighters from the Nagaoya area and is clearly looking build on his fighting success as a promoter.