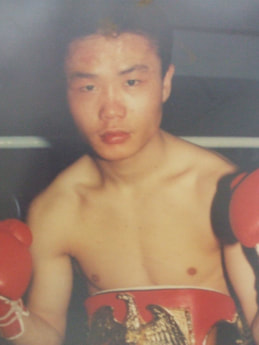 During the 1980's and 1990's the many top Korean fighters had short but intense careers. Fighters like Sung Kil Moon and Byun Jung Il are two great examples of being fighters who were fast tracked and left a clear mark in the history books, Moon more so than Byun. Another in a similar vein was Hi Yong Choi (19-2, 8), who like Moon and Byun was a notable amateur and also had a short but notable professional career, achieving more than most would be aware of.

Born in Busan in 1965 Choi was a natural and would leave a real mark on the Korean amateur scene. He was a 2-time national champion, winning in 1983 and 1984, and he would also take a bronze medal at the 1983 World Junior Championships in Santo Domingo, losing to Rafael Ramos in the semi-final after beating Glen Sutherland in the quarter-final.

Following his amateur escapades Choi would turn professional in 1987, at the age of 21. Unsurprisingly he was moved quickly and after making his debut, in July 1987 he was on a very rapid climb to the top. His second professional bout would be an 8 rounder, less than a month after his debut, and his third bout a 10 rounder, just 5 months after his debut.