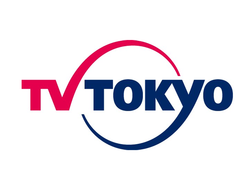 Courtesy of TV Tokyo
One of the big players in terms of televised Japanese boxing, at least at the world level, is TV Tokyo who tend to show fights from the Watanabe Gym. As a result of their affiliation with Watanabe the channel has screen numerous recent fights involving Takashi Uchiyama.

The channel, which has been screening television since the 1960's, has been a great one to viewers in recent years with "New Years Eve" becoming one of their key boxing dates. Thankfully though the channel doesn't just depend on year ending huge shows and will actually have their next fight in just a few weeks time. Their affiliation with Watanabe has seen the channel picking up the up coming WBA Super Flyweight title bout between Kohei Kono and Denkaosan Kaovichit on March 26th.

As well as showing live action channel's website also has a specialist boxing portal which keeps information on fights they've shown. This allows you to go back though the channels history and read about what cards they've shown. Unfortunately this feature only dates back to 2004 so we're guessing it's not their full library however it's still nice that they are willing to let us read about their shows if we wish.

The best thing about TV Tokyo however is that it's free to air! That means that if you're in Japan you should be able to watch it and if you're not in Japan you should be able to get on Keyhole TV. We have however been told that Keyhole TV doesn't always allow access to TV Tokyo, apparently this is due to rights issues on certain programs which may effect boxing. If you are searching for it on Keyhole TV we advise searching for "テレビ東京" which is the Japanese for "TV Tokyo"