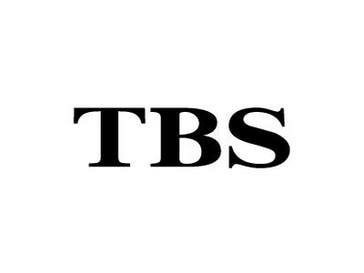 With so much boxing taking place in Asia we realised the TV situation of a lot of fights can be a confusing issue, especially where channels perhaps don't have totally unique initials, as we see with CBC and TBS. With that in mind we have decided to try and clear up what we mean by TBS and talk about what they do in boxing.

So, who are TBS?
There are many TBS's out there, but for us the one that we refer to is Tokyo Broadcasting System, a channel which is part of the JNN (Japan News Network). In terms of general TV they are best known for things like Takeshi's Castle and Sasauke, the original version of Ninja Warrior.

Right, so what do they do in boxing?
TBS are responsible for the Guts Fighting series of tape delay broadcasts, of which we get about 4 or 5 year typically. These usually include either world title fights that were part of a card they aired, but didn't air the bout live, for example when they air 2 bouts out of a triple header live, and keep the other off air for scheduling purposes, or contenders who are closing in on a world title fight.

As well as the Guts Fighting card TBS also show some live shows, typically working with Watanabe Gym for these. In the past TBS has worked with various promoters, including Ioka and Kameda.

They also show some live shows run by fellow JNN affiliate CBC, Chukyo Broadcasting, under the Soul Fighting banner. Sadly the live broadcasts of these have typically been rare, but they do happen. What also happens with some CBC shows is that TBS will air them on a recorded basis. Likewise they also work with MBS, Mainichi Broadcasting System, who are also part of the JNN.

Where can you get the channel?
The channel is only available in the Kanto region for Japanese viewers, though it's available on various streaming services and is much more widely available than CBC.

What other channels are related to TBS?
TBS has a number of sister channels, for us the only sister channel that really matters is TBS2 which airs a combination of tape broadcasts and archive footage. This is actually one of the more active channels in regards to active footage, though sadly shows the same fighters on quite a regular basis.

Anything else?
Interestingly TBS holds the record for the most Japanese viewers watching a fight in Japan, in fact they top 3 viewing figures for All Japanese bouts all belong to TBS.