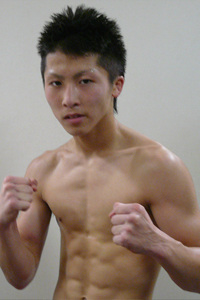 Picture courtesy of Ohashi Gym
A prospect in boxing is a general term for a young fighter who is expected to go on to become a star. Whilst the term is often applied to unbeaten fighters the term can apply to fighter with losses just as it can to fighters who haven't been defeated.

In general most prospects are in their early 20's or even teens though the occasional prospect is slightly older though those prospects often turn professional after a long amateur career and are "fast tracked" to the top.

In this section of our site we hope to bring you details on the best upcoming prospects from through out Asia. Whilst it's unlikely that we'll manage to cover every prospect fighting every week we hope to make this into a growing section and a chance to see some of the best "unknown" fighters from through out various parts of Asia.