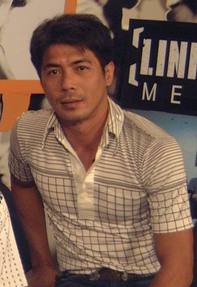 Courtesy of Sry85
When we talk about great Thai's very few fighters are highly regarded than the great Samart Payakaroon a fighter who's boxing record and achievements really do a disservice to his ability.

Born in 1962 in Chachoengsao Province, Samart would, like many Thai boxers, begin his combat career in the sport of Muay Thai, a sport he was introduced to aged 11 by older brother Kongtoranee.

By the end of the 1970's Samart was already competing in major competitions and in 1980 he started to claim titles winning Lumpinee Stadium titles at both 105lbs and 108lbs. The following year he continued to have notable success adding the titles at 115lbs and 126lbs to his collection. As well as the Lumpinee Stadium titles he also claimed the title of “Thailand fighter of the Year” for 1981. With those 4 titles under his belt he was, at the time, the most successful Muay Thai fighter.

Having been thoroughly impressive in his Muay Thai career, of which he had amassed far more than 100 bouts in, it wasn't long before Samart turned his hand to professional boxing and in 1982 he debuted as a boxer.

On his debut Samart was thrown in at the deep end and took on Netrnoi Sor Vorasingh, a former WBC Light Flyweight world champion. Despite the bout being Samart's debut he managed to over come Netrnoi and took a 10 round decision over the former champion. Unfortunately this would be Netrnoi's final bout before passing away just months later.