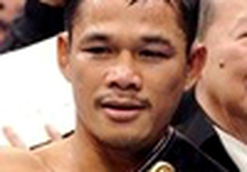 Denkaosan Kaovichit (Courtesy of PABA Online)
For us rankings come in several varieties.

World level
World rankings are what opens a fighter up to a world title fight. These are by far and away the most important but yet most questioned and most debatable rankings available. Although they are much derided by fans, fighters and promoters rely on them to get their opportunity at a world title belt. A necessarily evil if you will.

The level directly below regional is domestic level and these are rankings for a specific country. For example the JBC rankings which are for Japanese fighters. As with the world and regional rankings, these rankings open up title fights in the qualifying area.

Independent
The independent rankings are those who unaffiliated with a boxing board. These rankings, should in theory be the best and should only rank the best. For us they tend to be the ones we prefer to use when looking at how established a fighter is and although they are questionable at times they do tend to be more accurate than the world rankings, albeit less important. Independent rankings unfortunately have no power on the sport in terms of title fights though should be free of the political games played by the organising bodies.

We go as far as to split independent rankings in to 2 types.
Manual rankings-
Manual rankings are those done by people. You typically see these on websites that have their own ranking panel and examples of these are TBRB, Ring and Fightnews.

Computerised-
Computerised rankings are done by a computer algorithm, this leaves plenty of room for error of course though is completely with out bias. Examples of these are Boxrec and IBO, who despite being a sanctioning body employ a computerised system for their rankings.

Whatever your choice of ranking we're sure you'll always find things to complain about though that is part of the sport, debating who would win if certain fighters fought and even arguing who is a better fighter of a shared triangular series. At the end of the day however all rankings are subject to debate. We aren't here to debate but merely use them for illustration to our readers and hopefully help add a layer of transparency to things. Our news portion of the site regularly speaks about changes in world rankings and questions certain decision that we don't understand. We hope the organisation will help answer our queries but so far they've not been willing to...

Note-please note all rankings are held externally. We're not responsible for the rankings or for the correctness. We will attempt to continually link to the most up date rankings of the various organisations though, as we all know, they are a law unto themselves.