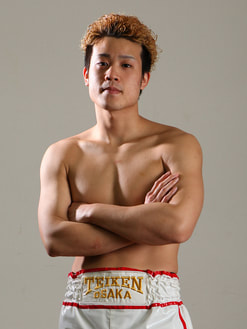 Through the history of boxing we have seen hundreds of second generation fighters, in fact even now the sport of full of "Jr's", such as Chris Eubank Jr, Julio Cesar Chavez Jr and Shane Mosley Jr. One thing that many have in common, is that they are trying to make their name whilst full in their shadow of their father.

In Japan another fighter stuck in the huge shadow of their father is Juiki Tatsuyoshi (9-0, 6), a 22 year old from Osaka who is likely to remain as "the son of Joichiro Tatsuyoshi" rather than his own man, at least for the coming years. That's ignoring what success he does, or doesn't have, in the sport.

Unfortunately for the youngster his father is one of the biggest names in Japanese boxing history. He's not given the benefit of the doubt that fellow second generation Japanese fighters, like Kento Hatanaka, are given but instead his career is linked to that of a hugely enigmatic, charismatic and popular fighter. In fact more than 15 years after his last fight in Japan Joichiro Tatsuyoshi is still a magnetic figure in the sport, and the man who helped inspire a generation of fighters.