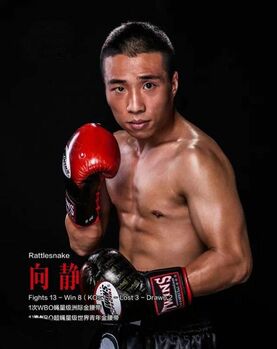 The Chinese boxing scene isn't red hot but is certainly heating up in recent years, with the recent success of Can Xu being huge for Chinese boxing. Another hopeful rising through the Chinese scene is Jing Xiang (16-4-2, 3), who has emerged as a real contender in the packed Light Flyweight division.

Xiang struggled early in his career, much like Xu and Xiong Zhao Zhong, but those early setbacks have helped him to develop into the fighter he is today, and become someone who looks almost certain to get a world title shot sooner rather than later.
​
Born on December 23rd 1989 in Longshan Country, in Hunan Province, Xiang would begin his professional boxing career at the age of 20, fighting his first bout on December 3rd 2010. Amazingly his debut would come in a 10 round bout, as he took on Elmar Francisco in a bout for a WBO Youth title, with Boxrec reporting this was a Super Flyweight title bout and Sina reporting it was at Bantamweight. Amazingly Xiang would win his debut and his first title, with a majority decision over Francisco.