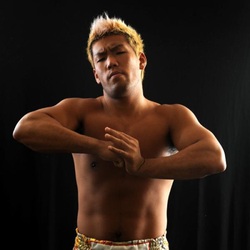 When we talk about boxing's ribbon division we tend to think of the greats such as Muhammad Ali, George Foreman, Mike Tyson and Joe Louis. One thing we don't usually talk about is Asian Heavyweights, in fact the only one of note has been Ruslan Chagaev, the Uzbekistan Heavyweight who claimed the WBA title back in 2007.

The lack of "big Asians" has been the reason for so little interest in the division by fighters through not just Western Asia but also the Orient and this has result in a very thin history for the Japanese Heavyweight title which has seen just 2 title holders in it's history.

The first champion, back in 1957, was Noburu Kataoka. Kataoka was the inaugural champion after he beat Yutaka Nakagoshi in what was the 4th meeting between the two men in less than 3 months. The following year the JBC retired the belt citing a lack of competition.

In the last 12 months the division has seen a big shift in interest. This is partly because of Fujimoto but also the fact that Nobuhiro Ishida has began campaigning as a Heavyweight and has set his focus on winning the title in a story that has managed to generate mass interest from fans around the world. Hopefully this interest will spur on competition and we'll see a growth of the division could see fighters form other sports, for example judo, attempting to become boxers and adding depth to the weight class.

(Image, of Fujimoto, courtesy of http://www.kadoebi.com)