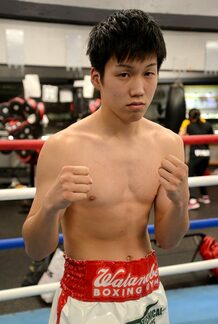 Usually when we talk about exciting young Japanese talent we usually talk about former amateur standouts, youngsters who have a strong background in the unpaid ranks and have turned professional with a bit of momentum ahead of their debut. There are however other prospects worthy of note. They can be the organic prospects, who are developed through the ranks, moved from 4 to 6 and then to 8 rounders without much fuss or fanfare. They can also be Rookie of the Year prospects, who have spent their early fights developing against fellow novices in Rookie bouts.

The 20 year old Fumiya Fuse (8-0, 1), from the talent laden Watanabe Gym, falls squarely into that last category, having only had a short, and rather unremarkable amateur career before beginning his professional career.

Born in 1998 Fuse would go 17-5 in the unpaid ranks before making his professional debut in January 2017, taking a decision over Shinnosuke Hasegawa. This would begin a sensational year for Fuse who would, within a year, become a very highly regarded fighter, who had already shown a lot of promise.